On September 13th 2014, the Islamic State in Iraq and the Levant launched a major offensive on Kobanî, a canton in Western Kurdistan (Northern Syria). ISIL, as it has been mediated in the media, is an extremist terrorist group that holds control of huge swaths of land across Syria, Iraq, Libya, Nigeria and previously Lebanon. Before the attack, the canton and its capital city were under the control of de-facto ‘Yekîneyên Parastina Gel’, YPG, Kurdish for People’s Protection Units. The offensive resulted in the displacement of over 200,000 civilians from the canton’s main city and nearby villages and thousands of deaths. It also went beyond human casualties; seventy percent of the city has been left in complete ruins, making it uninhabitable. 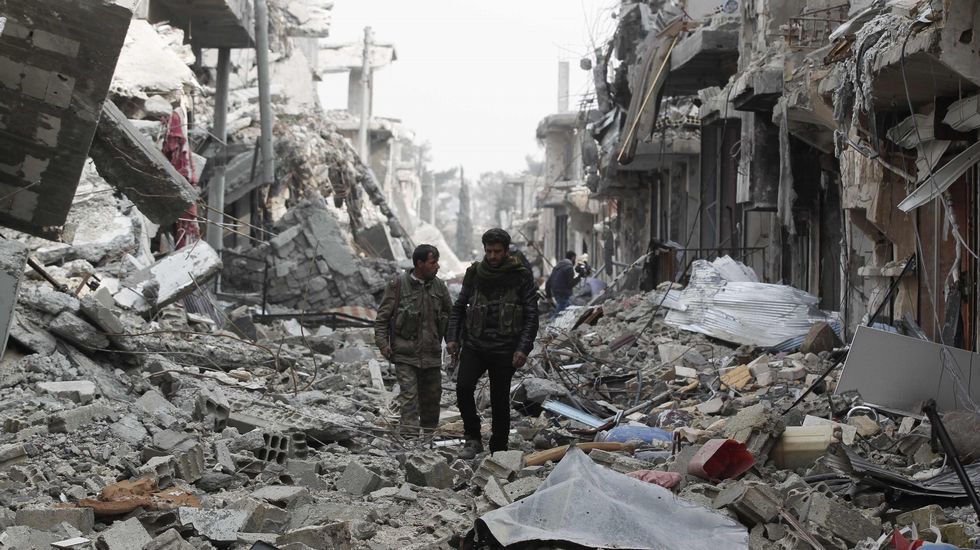 Since late September, the militant group ISIL has gained the upper hand in Syria’s northern Kurdish canton of Kobanî, also known as Ayn Arab in Arabic, overrunning hundreds of Kurdish villages according to a British-based Syria Observatory for Human Rights. The clashes continued to escalate until the fifth of October when ISIL finally invaded the canton’s main city, Kobanî city. The militants entered it from the south and street-to-street clashes erupted between the Kurds and the radical group. Despite their low ammunition and supplies, the Kurdish forces refused to leave their town and committed themselves to a fierce battle, killing tens of ISIL soldiers each day. The world watched as the Kurdish people kept on resisting the radicals with light weapons for days long. Hundreds of female fighters emerged from the civilians, ‘Yekîneyên Parastina Jinê’, YPJ, Kurdish for Women’s Protection Units, and committed themselves to the cause. Women and teenagers were no longer the ones to be secluded away from the uprising tension as all narratives go; Kurdish women and teenagers took up resistance as well.

While the Kurds were putting a strong fight killing thousands of ISIL fighters, they were still losing ground and by mid-October they lost control of almost all the country-side and 70% of their city. Morale at the YPG and YPJ camps was still high and they were still determined to fight till the very last moment. ISIL seemed close to victory but taking the last neighborhoods of the city seemed to stall despite the Turkish aid the group was receiving. However, US airstrikes and heavy artillery from their Kurdish brethren in Southern Kurdistan (Northern Iraq) helped the locals defeat ISIL and push it back gradually.

ISIL was being pushed out of Kobanî slowly but steadily until April 19th when civilians regained total control of the whole city and 332 villages in the countryside. The civilians who fled to Northern Kurdistan (Southern Turkey) flooded back to their home city despite the knowledge that their houses tumbled down to the ground in late February as a result of the clashes. ISIL acknowledged its defeat in the battle with the Kurds.

The liberation of Kobanî set rise to a beautiful feeling. It was a feeling of freedom and strength. The liberation of Kobanî was nothing short of a bittersweet victory that left the town devastated but also unfolded the courage of the Kurdish people and their capacity to stand up for themselves and their land. Enwer Muslim, the Prime Minister of the Kobanî canton pledged to rebuild the city as he promised people with the possibility of their return to their homes and normal lives. Kobanî’s reconstruction board decided on an additional plan to leave at least 25% of the city as it is, in ruins. The plan aims to target the ruined areas as an open-air museum to expose to the world the gravity of the battle that took place there. “Kobanî fought on behalf of humanity, it’s only logical that we keep this as a reminder for the whole world”, they conquered. 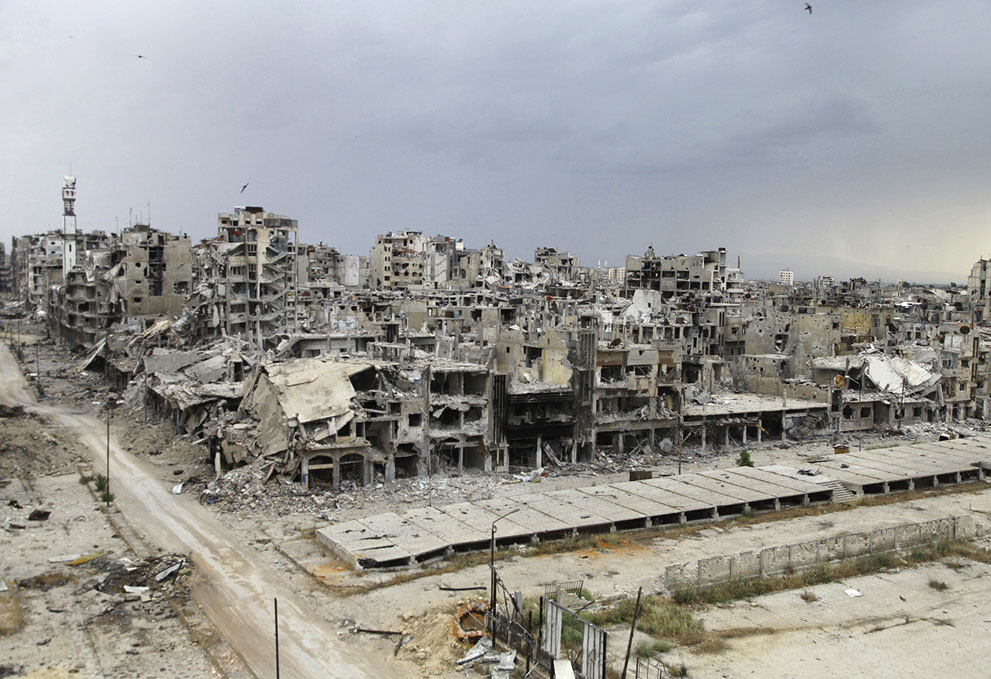 In an ideal framework, once the situation in Syria reaches a stable state the open-air museum, a form of dark tourism attraction, will indeed appeal to many tourists and push them to visit the site, which would eventually lead to the generation of economic revenue for the locals, granting the town additional publicity. However, many of the locals stand in opposition to this idea; they refuse to convert the houses that they grew up in into a museum. The locals want to proceed with the reconstruction of their homes after they had bore the blows of extensive shelling amid clashes between YPG and ISIL. It is crucial that the city builds a memorial for its martyrs but the plan to leave an open-air site mirrors significant social impacts on the livelihoods of the local community.

This is not the first time the Kurds face a dilemma over a dark tourism site. On the 16th of March 2006, which falls on the anniversary of the chemical attack launched by Saddam Hussein on Halabja, hundreds of angry residents from southern Kurdistan attacked the memorial held for its victims. The locals clashed with the Kurdish Regional Government’s guards as they stormed into the museum leaving it destroyed. They accused their regional government of stealing the donations that were collected for the purpose of helping the poison gas attack survivors. The locals deemed the government as negligent towards the living survivors through making capitalist benefits on behalf of the tragedy. The town’s residents closed off the town’s main road and rallied against the corruption of their leaders. When government guards fired weapons over the protesters’ heads, the crowd went wild and attacked the monument; the incident resulted in the death of one of the protesters.

Twenty-seven years later, Halabja still bears debris from the war and the lack of road maintenance. This sums up the regional corruption in the presence of the exploitative government hoarding what they can of funds and foreign aid. The Halabja Monument’s attack was a genuine expression of built-up popular rage. The crowd was made of different generations of both men and women. Locals found great offense in the museum since the monument was set up away from where the residents dwelled. “All the foreign guests are taken there, not to the city.” Tourists and sympathizers never got the chance to meet the survivors of the attack; they never got to hear the story from those who lived it. At the age of nineteen, Tara Rahim had come to honor her sister Zara who faced her death in the 1988 attack. She was disappointed to find that “the Kurdish officials used Halabja to gather money. Millions of dollars have been spent, but nothing has reached us”.

In Kobanî, the socialist political system is quite different than the capitalist one in Southern Kurdistan. Despite that, dealing with the museum’s revenues is still a major issue. Who will receive the revenue generated from the museum? Is it the local government because it will redistribute it later to those who need, is it the people whose houses have been converted to a museum, is it the families of the martyrs or to the handicapped and injured? Which option is more ethical to take? What guarantees that if one group received the money, the others won’t ask for it and cause scenarios similar to what happened in Halabja? Some unforeseeable problems could arise as well, the site might be targeted in the future by ISIL sympathizers and terrorists. Moreover, what effect will the pictures and images have on the children visiting the site. Could it induce feelings of hatred and revenge towards the local Arab population living in the Kurdish areas? Beyond social impacts it could have psychological ones to the relatives of the martyrs and remind them of their loss.

The Kurdish history has never been free of tragedies and it’s important for the victims to be commemorated and remembered. The different scenarios of Southern Kurdistan cannot be repeated in the Western one. It is essential that the officials meet the needs of the returning residents and house them before prioritizing the maintenance of the ruble in the said open-air museum. Solutions must be created and if the museum has to be constructed, it should receive the consent of the people who once dwelled in that area. Needless to say, the local authority also needs to find an alternative accommodation for those people who had to bear one of the hardest battles of the century.