Since the war on ISIS has begun in August 2014, the most commonly used word in the Kurdish media is probably “Peshmarga.” After all, “Peshmarga,” as the famous song by Hama Jaza goes, “is the word on the tongue” once again. The Peshmargas are glorified these days like never before. Numerous songs written for them, countless parks, businesses, and schools named or renamed in honor of them. Peshmargas are truly amazingly portrayed as heroes, defenders of our land, selfless warriors and so on. One can be sure, to a large extent, of the sincerity of such encomium on the dignity of Peshmargas; nonetheless, I doubt that this is in actual helping Peshmargas in any meaningful way. What needs to be done in this heroic epoch of our history is to regain to the Peshmargas what has for a long time been purloined from them, their true identity.

The word Peshmarga originated in the early days of the Republic of Mahabad. Following the tragic collapse of the Republic, the word then developed into a concept, defining a nation’s struggle for self-rule. When in the 1970s and onward a new wave of armed movement in Iraqi Kurdistan emerged, the concept of Peshmarga was slowly conceded into some narrow-minded political interests. This reached its most extreme extent in the 1990s when Kurdistan went through a self-destructive civil war that cost us thousands of lives. The Peshmargas, armed with the same spirit they inherited from the days of the Mahabad Republic, were pit against each other in a ruthless manner.  In addition to the obvious devastation of our country, the war cast a curse on our nation, the curse of eternal division of the Yellow and Green Zones. The moment Kurdish nationalism was dragged into that narrow political avenue, the word Peshmarga no longer meant a defender of the country; rather, it was stripped of any national importance.

My point here is: the identity of the Peshmargas was stolen, and the word “Peshmarga” was rendered empty of any dignified, nationalistic signification. If there is anything we can do for the Peshmarga today, it should be geared towards restoring their identity and returning to the Peshmarga the dignity they deserve.

It stands to reason that every country needs a strong army to protect its citizens, its sovereignty, and its existence. Given that Kurdistan is located in a politically volatile region, the lack of a unified national army is too risky a business. The Peshmargas, if rightly directed, could be organized into a strong military entity of which we all can be proud. 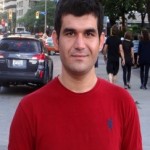 Mohammed Akoi is an Assistant Lecturer in English Department in Raparin University. His areas of interest are modern English literature, rhetoric and communication, media studies and politics.[/wc_testimonial]