It was Malcom X who said that “Education is the passport to the future, for tomorrow belongs to those who prepare for it today.” In order to begin, we must clear our minds from the thought’s we have been told to keep, to learn, to analyse. We must clear our conscious of what we think we know and what we have come to believe. In the pursuit of truth, it is not where you begin that matters most, it’s how. The truth isn’t always pretty, most of the time it’s on the side of the oppressed, hence why, and ironically, the truth is itself an oppressed notion. So, we are then left with why? A constant question barring on our minds. As Kurds that burden is not difficult to understand, yet we see it happen so often, people just take information as it is given, without questioning its authenticity. And when a notion against their beliefs is placed on the table, that same piece can become, very simply, wrong.  So I ask again, why?

Our pre-perceived notions of right and wrong dictate what we accept as true or false. However, In order to begin we must clear our minds completely, Impossible? That’s what I thought until I started to read up on my history and come across information so far-fetched I laughed at the sheer possibility of it slightly being true. I read about heroes of the past, from Ernesto to Ziryab. Those familiar with Ziryab may not associate him with the term Hero, but bear with me.

To begin with Ziryab’s ethnicity has always been disputed. Surprised? Arabs (without hesitation) claim he was an Arab native of Iraq, then there’s the Spanish who have long claimed his bloodline as their own,  in Iran he is downright demanded as a great Persian philosopher.  As an Arab, Spanish or Persian your opinion of Ziryab is automatically a biased one. It is hard, almost impossible, not to be biased when everyone claims him as their own but let’s look at why? If that sounds like a challenge, it’s because it is one.

History tells us that Ziryab travelled to Spain from the Middle-East and picked up the nickname “Ziryab” meaning Blackbird, which is said to be associated to his dark complexion; in Kurdish we would say “Kevoka Res”. Just like many Renaissance men during the middle-ages, Ziryab was very intelligent; in addition to being naturally talented (from music to fashion and cuisine) he was also a trendsetter.

Figure’s like Ziryarb are plenty in history, but his story intrigued me and pressed me, unconsciously, to continue investigating his past. So I kept reading, beyond the dark ages, beyond the 8th and 9th century. When I suddenly realised something, an Epiphany, if you will, unsung heroes in history, like Ziryab, dating back thousands of years emerged from our past. His work does not belong to just one group, ethnicity or people. From the deep roots of Mesopotamia to modern day Europe Ziryab travelled far and wide, with his bloodline reaching almost every inch of ground he covered.

Being biased about the history behind just a prominent figure in history does not serve in our interest, anyone’s for that matter, far from it. It creates tension and envy rather than unity. Ziryab being Kurdish, Azeri or Armenian doesn’t affect or change the glorious outcome of his contribution to the world or the impact he continues to have today. Without a biased set of bones, as the saying goes, we can maybe, just maybe start to clarify history and possibly, dare I say it, reach the ultimate point: The truth. I have long anticipated a “scholar” of Arab or Turkish background to one day come out and say “A Kurdish…” it is a laughable concept; I myself am guilty of brandishing many historical figures as Kurdish. You want to the greatest beauty of unbiased, soul searching of the truth? It doesn’t just stop at Ziryab. Previously untouchable debates such as the history of Cuisine, musical instruments and even rugs can be put to light. But can you imagine the horror of a child sitting innocently on his chair and listening to Iranians and Turks bicker over Saladdin Ayubi? One is claiming Saladdin Ayubi to be of Turkish descent and while the other swearing by his Iranian ethnicity, both of which completely ignore any other possible yet can agree that Saladdin isn’t what he actually is, a Kurd.

It is due to the frustration of such claims that results in our biased nature of who we are, where we come from and the history of everything leading to that point. We become so intertwined in the notion that we must grab, with both palms, everything they claim isn’t Kurdish and use all our resources and strength to claim it is. Resources and strengths, I must add, which can be put to much better use. Don’t take my word for it, ask why?

“Ben yalan ve hilelerinizle bas edemedim. Bu bana dert oldu. Ben de karsinizda diz çökmedim. Bu da size dert olsun – I could not cope with your lies and conniving ways. This has become my stress. But I didn’t fall down to my knees infront of you. So let that be your stress” – Seyid Riza to his captors. 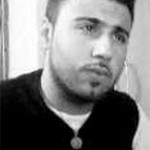