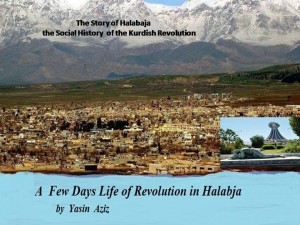 As I was writing this book and when I started writing and revising I so often overcame with emotion. I was constantly crying and crying until crying became part of my days, nights and a way of life. I did not want to cry, and often thought why I am doing this to myself? But it was worth it, and crying provided a bit of relief as it was an outlet to the overwhelming emotions inside me. One may wonder and think relief from what? From miseries of my childhood that have been haunting me up to now, from threats and anxiety the gun battles in the streets, stray bullets, from roaring of MIG fighters overhead and often talks of the day of judgment. I was not quite sure how far I was from that day, as so many around me continued to die, to get killed and caught up in the bloodied war.

Whatever happened for many ordinary and religious people was the will of God. When one so many times heard that, one often wondered, why all those horrific scenes, events and evil killing and destruction was the will of any God? God cannot be that cruel, to frighten the life out of little children who had nothing to do with politics of the situation. So writing this book, with its repetitive revisions became like psychotherapy. It become a passage to unloading years of bottled up tears, memories of horrific events we lived through being pushed to the dark world of my unconsciousness, eventually all of this would merely become my story and I would learn to cope with the emotion attached to it.

In my book, I talk about the use of religion to fool people into accepting the rules of despotic Arab regimes in Iraq, parochial culture, the problem of occupation, Arabisation, ethnocide, linguicide and various other forms of genocide. There are eight chapters in my book: A brief introduction of Kurdish history, a brief description of social life in Halabja, the downfall of the Iraqi monarchy and its consequences, the 1961 start of the Kurdish Revolution. The story of the first army incursion – Battalion 20 with 36 tanks and artillery weapons – towards the Sharazur plain and Halabja town when 70 Peshmerga gunmen held them back for over a week in 1964. The effects of the revolution on the culture of people, the culture of corruption, the creation of mercenaries and internal conflict.

In 1968, the Ba’athist regime took over the government of Iraq, which was then followed by a chain of disastrous events. The Iraqi regime’s campaign of Ba’athification (forcing people to support the regime) that led to the dehumanisation and corruption of all Iraqi culture followed by the two big wars between Iran and Iraq and the occupation of Kuwait. In 1987, the campaign of genocide in several stages when tens of thousands of Kurdish villagers were taken to the deserts of South Iraq and shot dead. There is the brief story of 12-year-old Taimoor from Kulajo village, who survived the mass slaughter of his family, relatives and friends. There is the story of the Barzani tribe and the genocide of the Bahdinan people in the province of Dohuk, where many villagers were wiped out and their villages and properties burnt by the Iraqi army in 1987.

The story of the chemical attack on Halabja where many of my cousins and friends were gassed to death; one of my friends recounted to me the story of what he witnessed that day as he was watching from the Shnerwie mountain overlooking the town. There is the story of Kamaran Newroz, who recounts the events of what happened during the chemical attack and the role of Iran in Halabja. There are further eyewitness stories of what happened in Halabja, including the impact of Chemical Bombing on the town and its surrounding villages, where to this day babies are still-born and many are still dying from the after effects of the deadly chemicals. Amongst all these stories there is a brief account of the Ba’athist regime’s bombing of Halabja in 1974, when my father was flattened under a two-storey building.

One of the highlights of the book is ‘The vengeful Peshmerga in Baghdad’, when a young man was asked by a Kurdish Peshmerga leader to go to Baghdad with a mission to assassinate one of the Ba’athist heads of Security Service. In Baghdad, he was expecting to get a contact and a pistol, and when he could not obtain the weapon he used an axe to kill and smash the Ba’athist’s head. There are sections about social life in Halabja before the war, teenage romance and life in teashops, orchards of Baghi Mier, the prince’s garden and markets.

In chapter 4, the peaceful and simple way of life is compared to the situation during the genocide campaigns and the apocalyptic day of 16 March 1988 when thousands of Halabja civilians were gassed to death. When one reads the story, there is much to understand about psychology, philosophy, religion and hypocrisy for believers of human rights.