“If you cannot serve your nation, at least do not betray them” The immortal words of Nemir Mullah Mustafa Barzani.  The brutal regime of Abdel Kareem Qasim and the fall of the Ottoman Empire sparked a revolution that would lead to the formation of the Kurdish armed forces, Peshmerge. ‘Those who face death’ and indeed, they do. 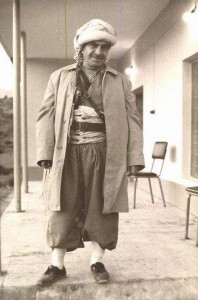 Mullah Mustafa Barzani was born on March 14th, 1903 in the village of Barzan. His whole life’s aim was the defense and creation of a Kurdish nation. From a very early childhood, he faced the challenges that accompany. At the age of 3, Mullah Mustafa and his mother were imprisoned in Mosul prison, after an uprising that would lead to his older brother, Sheikh Abdul Salam’s execution. Sheikh Abdul Salam Barzani was executed by the Ottoman Authorities, with the help of Sofi Abdulah, for proposing the implementation of the Kurdish language, Kurdish politicians, and maintaining roads and schools in Kurdish areas in bakuri Kurdistan. Barzan became a battlefield in search of Sheikh Abdul Salam, who sought protection with the Assyrian Patriarch, whom later assisted in his safe return to Barzan. While passing through the village of Gangachin, the village Chief Sofi Abdulah, begged for Sheikh Abdul Salam to stay the night. When he consented, Sofi Abdulah ordered he, along with his three guards be arrested in their sleep and turned over to the Turks in Siro. Suleyman Nadhif, the gruesome governor of Mosul, ordered their execution on December 12, 1914.  When Sheikh Abdul Salam’s 12 year old brother, Sheikh Ahmed, heard of the upcoming Turkish raid on Barzan, he told Sheikh Abdul Salam “Please, accept my plea. I want to escort you.”  Sheikh Ahmed’s face was possessed with sorrow. Sheikh Abdul Salam rejected his plea saying, “You’re still a kid. You can’t endure the difficulties that we’ll be facing. Those who join us must be strong. My conscience doesn’t allow me to have you escorting us.” Sheikh Ahmed took lead at the age of 18 after the martyrdom of Sheikh Abdul Salam. Sheikh Ahmed often taught teachings of love, patriotism, equality, social reform and among all others, environmental protection.

Sheikh Abdul Salam is one of 4 other brothers of Mullah Mustafa. Each one with their specific attributes and share of pain and suffering for our great nation. Mullah Mustafa inspired a sense of pride deep within Kurds from all four parts of Kurdistan, not only Basur. In 1919, at the age of 16, he commanded a 300 man force under Sheikh Mahmoud’s uprising. He also led Sheikh Barzinji’s revolts in the 40’s later picked up by his son Masoud. On June 11, 1942, Mullah Mustafa took over leadership from his older brother Sheikh Ahmed, and in 1943 he led an uprising that won control of large areas of Bahdinan and Hewler. In 1946, British bombings forced Kurdish rebels into Iran where Mullah Mustafa and Qazi Muhammed tightened relations within The Republic of Kurdistan, the first independent Kurdish State founded in Mahabad.  Kurdish Democratic Party (KDP) held their first congress, and within a few months the Mahabad Republic fell from Iranian attacks and Mustafa Barzani fled to the Soviet Union. 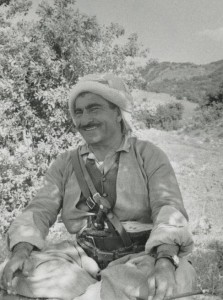 In 1951, a revival of KDP occurred and Mullah Mustafa was nominated as president during his exile in the Soviet Union. A short 7 years later, the overthrow of the Iraqi monarchy led to many Kurdish nationalist to publicly organize and regroup and Mullah Barzani returned from exile. The new Iraqi constitution recognized Kurdish national rights.  Autonomy was reached in March of 1970 in agree-ance that Kurdish is an official language. In 1974, Iraq proposed a draft of autonomy agreement that would ultimately sit oil rich Kirkuk under the Iraqi banner. Mullah Mustafa rejected. Tensions rose on all sides, including Iran withdrawing their support for Kurds in 1975, Jalal Talabani stemming off and creating the Patriotic Union of Kurdistan (PUK), and a bloody and shameful civil war between KDP and PUK. KDP is now lead by Mullah Mustafa’s son Masoud.

When a peoples’ looks up to their leaders, “their father”, and glimpseinto what they’ve done for their peoples, it won’t compare to what Mullah Mustafa suffered to get for the Kurdish nation. Kurds may be divided falsely over 4 colonial drawn lines, but Mullah Mustafa is the one man, who in consensus is valued and honored. His whole entire life was spent in the mountains and with his rifle across his chest. Imagine 76 years of carrying the toll of war, but persevering on. Imagine the things you’d see, the pain and agony you’d feel. The blood of your people being spilled all for what? For simply being a Kurd. It was his aim to make ‘being a Kurd’ an okay thing. He carried on, like his brothers, father and grandfather, what eventually took to them all to the grave.  7 decades of warfare and the strain it held on his health, he developed lung cancer. In 1975, he along with thousands of Kurds fled to Iran. His health was deteriorating rapidly and his life in the mountains was over. His rifle was finally put to rest. The Shah of Iran allowed Mullah Mustafa’s stay with many, many restrictions. He wasn’t a trustworthy man and Mullah Mustafa was flown to the US for treatment. He was flown to George Town Hospital in Washington D.C. where his soul ascended. On his death bed in D.C., until his last breath, he longed for an independent Kurdistan. He longed for the pain and the suffering his nation experienced to be prized with the ribbons of independence. 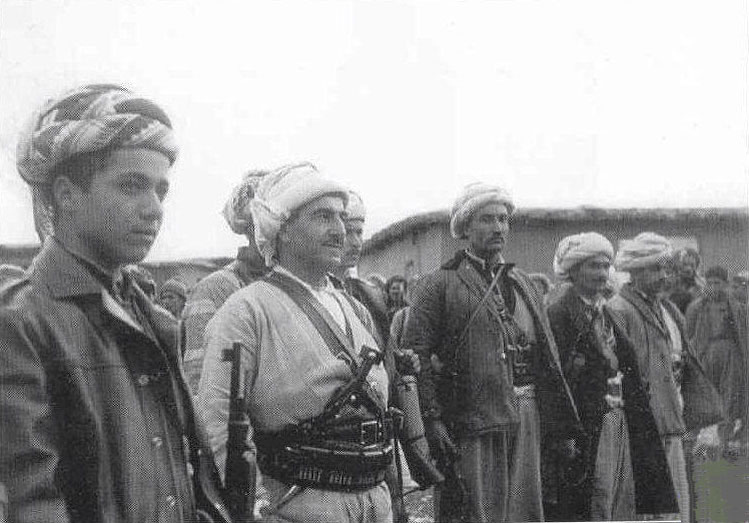 When one looks in depth into the lives of Mullah Mustafa and his forefathers, admiration of one thing comes to light: independence. Anyone who had the honor of meeting Nemir Mullah Mustafa Barzani left in awe. Chaim Levakov, an Israeli intelligence officer, wrote this: Daoud and I took a picture when I went to Barzan in Kurdistan. I’ll never forget the moment when Mullah Mustafa, who’s like a lion, looked at the picture and kissed it. At that moment I knew I had the right man. I felt myself going back three thousand years to the time of the Bible. Poor men, everyone had troubles, especially personal troubles, family troubles, came to the big man to ask for help, like King Solomon. Every day, they had a big bag of rice and everyone came through with a goat or a sheep. They ate there, slept there, and waited until the day they could see Mullah Mustafa Barzani. He was carrying the trouble of his nation. He knew everyone. He didn’t need maps, intelligence, and information. He had a big brown radio”.

Mullah Mustafa’s legacy lives on even after 36 years of his passing, for as long as a single Kurd is alive and breathing, he shall live.