shoulder-to-shoulder they become one.

the mountaintops reach towards the sun.

The border post, a remote and yellow painted block of cement towers on a hill.

As I stood there, taking in the beauty of my land,

clouds of sorrow haunted me.

There were no walls dividing the immense nature that I was surrounded by,

yet I could not become one with my ancestors.

I saw across the land, and memories from a forbidden homeland resurfaced.

Pain besieged me as the woe of a refugee life became clearer than ever.

My heart, at war, raged.

The mountains spoke to me, they told me stories of battles and treason.

There were tales told by the ancient villagers of Tewêla,

And as the women chanted, melodies soared above the rooftops,

This is my Gan ‘Edhen. The border is my forbidden fruit.

Enforced borders, how I despise thee. 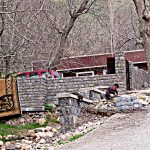 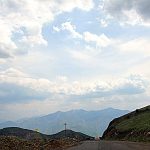 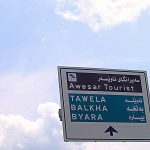 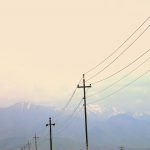 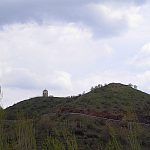 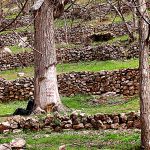