Even those individuals who have a great understanding and interest on the topic of assimilation understand that it is an extremely challenging and complicated area to investigate and explore. Below I will attempt to explore the idea of assimilation in regards to the Kurdish Question and possible be able to scrap the surface of a much deeper problem.

Assimilation is the act of one culture becoming broadly analogous with another. The change is most often involuntary, and comprises of the cleansing of one’s Language, identity, culture; and consequently a negative effect on the assimilated group results, which can be analysed through the examination of two core negative outcomes: firstly the destruction of the group’s original culture and definition; and secondly the force used by countries to force assimilation.  Great emphasis must be given to the second which includes murder, violation of human rights, mass imprisonment and forced deportation/ mass transfer of the population. The effects of these crimes affect not only the countless individual victims but also their families and mainly the children. A father or mother, or in some cases both, being the victim of a crime, particularly in the process of assimilation, can affect the young to an unimaginable degree. This is made even worse by fact that most Kurdish regions in Iran, Turkey and Syria are some of the poorest and underfunded, also part of a political strategy of oppression and forced assimilation.

Young and impressionable children may then equate actions of freedom and justice with the negative effects on their lives and this forever restricts their free thinking. Alternatively however, some will become angry at the state which has harmed them and their families. This problem is made even worse in Turkey. Here, not only must the young go through the difficulties and pain described, the education system is so prejudiced that often the child will be forced into speaking Turkish as their first, and maybe only, language.  This creates an unimaginable sense of frustration and shame, whilst also linking to the first and perhaps greater threat of assimilation – the destruction of a culture and race. The loss of an ancient language to millions of its own people is not only a hit to the race but to humanity as a whole. The losing of diversity is surely one of the gravest of crimes and may be seen as the central motive behind the criminalisation of genocide which may best be described the ‘crime of crimes’. Even where this assimilation takes place and a culture is being forced to modify their own values and wishes to conform to those of countries such as Turkey, the people are still routinely prejudiced against the assimilating country, and hence little doubt is left as to why there is increased anger and resistance to the occupying state.

It is widely accepted that language is what keeps a race alive; and therefore it is regrettable that sometimes Kurds in Kurdistan question displaced Kurds on whether they speak Kurdish at all. Rest assured that high quality education is given by the Diasporas to keep the language emerging in through the next generation. It could very well be because being distant from the home land allows the individual to appreciate it more and of course better resources facilitate the teaching of the language. Furthermore, evidence particularly in South Kurdistan (the Iraq region) shows that currently it is being taken over by international schooling, for example Westernised American Universities and private American Turkish schools in addition to many Turkish universities have entered the area e.g  Ishiq university in Hawler. How can a Kurdish Government allow this, given the strong history of Kurdistan’s struggle against oppression and assimilation.

Assimilation can however have a positive manner in the Diaspora. One can learn that the communities and society of the western world are no longer collectivist but take an individualistic approach to life, which in essence means ‘every man for himself’. We have all had to assimilate in one way or another to progress in our individual lives; and yet through this process one learns a different language; becomes bilingual and in doing so this can open many doors for the assimilated individual. An act of survival and adaptation to a new environment is also achieved by some degree of assimilation, of which the diaspora is also an example. 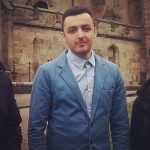 “My full name is Miran Sharif. Originally from Halabja, im living in London now. I graduated from Law LLB at City University London and looking to be a lawyer. Im fascinated with the history of Kurdistan as much as its present.”[/wc_testimonial]