Why is Reading Novels good and how can they Change our World?

In this part of the interview, Pishtiwan thinks that reading novels can uplift you and that an imaginative person is a productive person. He claims that a novel can inspire a revolution. He also mentions some different points between the education system in east and west.

7. What do you have to say about the content and form of a novel?

As for the content and the form of the novel, novelists could write about anything they wanted, they wrote about taboos and prohibited issues like sexuality, religion and politics. They wrote about class, gender, history, adventure, life, death, religion, childhood, aging, fantasies, love, sex and marriages.

Concerning your question on the form of these novels, some of them were picaresque in which the protagonist is a social underdog with many adventures and critical or satirical viewpoints.

Another form of the novel is the epistolary which is written in the form of letters sent from one character to another, usually collected and edited as a novel. These novels revealed love or crimes. Samuel Richardson’s Pamela is an example.

We also have historical novels and/or social novels like War and Peace by Tolstoy, telling the story and the essence of life in a specific time and place. We also have naturalistic novels about the environment and their roles in shaping the lives of people, for example Ignazio Silone’s Bread and Wine written in 1936. Another form is the Buildungsroman, like James Joyce’s the Portrait of an Artist as a Young Man, and also another form is the psychological novel in which the focus was the minds of the characters like D.H. Lawrence’s Sons and Lovers.

8. Aras Ahmed:  Do fictional writers only serve the story and the elements of their work by stretching their imagination and sometimes exaggerating a certain event?

I think imagination is when a writer becomes productive. The reason we are not all novelists, poets or dramatist is that we lack the creativity inspired by imagination. We should not confuse imagination with exaggeration or overstatement.

Sometimes some authors present characters larger than life which I dislike because I don’t want to waste my time reading some superman or James Bond type personas killing hundreds of people and emerging unscathed by the bloodbath they create.

I want to read a novel that opens my mind as well as my heart to the beauty and magic of life. Some books uplift you or have certain transcendent element in them. I am now reading the short stories of Hassan Blassim who is an Iraqi writer and filmmaker and his stories are truly harrowing but very creative and inspirational.

His stories though short; have the same qualities and uniqueness of Ernest Hemingway’s fictions. When I read his books I can always find real people with the same concerns of the fictional characters in his writings.

It’s true that some writers exaggerate, but there only a few who know how to bewitch their readers and capture their attention. 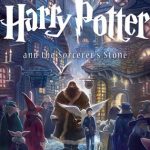 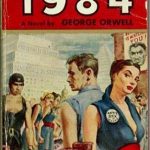 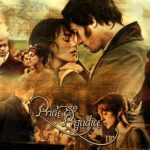 9. Aras Ahmed:  Is reality reflected in novels or are novels reflections of reality? Can a novel launch a revolution?

For the first part of this question I dare say both are true in novels, as literature cannot exist in a vacuum, and for the latter, I first want to write that it was the death of one man in Tunisia that sparked the entire Arab Revolution or Arab Spring where millions of people gathered and toppled some of the worst ruthless dictators in 2011.

That man was Mohammad Bu Azizi, and he became a legend, a true story if found in fiction you would say it is exaggerated, but it wasn’t. The same can be true for fiction, why not? Everything is possible, you just need to be creative enough to come out with an idea that might shake the pillars of old-established dictators, otherwise why bother with a revolution?

I think nowadays it is possible not only for a novel, but a video clip or a comment to change, move, enrage, or inspire the whole population, if you remember in 2007 a video clip of a girl brutally killed by a mass of people in Einkawa went viral and moved people on the street to demonstrate against the unnecessary killing of women for honor.

Yes, in this rapidly changing tellicommunicative digital world everything is possible, a novel can launch a revolution if the content is serious and potential enough and calls for an immediate resolution for a fatal problem felt by the entire society of a country.

10. Aras Ahmed:  Readers need more time, energy, and skill to grasp a novelist’s viewpoint, while a poem does not need that; yet novels have the largest number of readers. How would you comment on that?

This is the secret I don’t understand, why read books with hundreds of pages? I think to answer this question we need to go back further to the time when Aristotle wrote about the significance of poetry and Plato’s condemnation of poetry in the Republic.

Aristotle argued that we enjoy and learn by imitation and this is the only reason we read literature. Some might say we read stories to pass time or just enjoy the story. But I would say that we read because it is only then we can escape the dark reality of everyday life.

Novels give me what I don’t find in reality. Suppose you are a prisoner but privileged enough to read books, by reading you can travel as far as the characters want, eat, swim, kill, love and do many things you can’t do in reality.

But we shouldn’t forget that different people read for different reasons. So, does reading matter? I think it does, you know why? It is because we care to tell good stories for our children and we remember the storied our parents told us as kids.

Reading is very important, we should read as often as we can and spend all our spare time in useful things like reading, because it helps our language skills, opens up new worlds and enriches our lives, it can enhance our interpersonal social skills and communication with others, it can provide us with great fun, be therapeutic and make us learn to have patience as we read through the pages.

11. Aras Ahmed:  You taught/studied both in England and Kurdistan. How would you identify the differences in the education system?

There are many differences between Kurdistan and England; not only in the education system but in almost everything, social life, economy, school, basic services, and politics that runs the country.

East and West are entirely different worlds, each with its own pros and cons. But I would like to take this final opportunity to say that we are not a big reading culture. We, the Kurds in Kurdistan do not read as much as those in Europe, we just read the textbooks to pass and earn a degree so that we can get employed and then marry and have children so that they will also repeat the same pattern again and again and that is it, nothing more.

12. Do you think three hours per week is enough for a genre like novel?

I think three hours per week is more than enough in university, let us be realistic, having big classes of 40 to 50 students and a very busy schedule is not going to help our students learn and participate (though some of them are shy and do not like participation).

My suggestion is give students more homework, more reading assignments, more writing, and plenty of opportunities to talk and express themselves: then you’ll see the amazing results.

And finally we should get rid of this bad habit of turning our universities into high schools where students are obliged to have seven day classes, reduce that to three full days from 9 am to 5 pm and let the students do their jobs at home. But how practical are my suggestions to the realities of universities in Kurdistan? We need to change our education system either today or tomorrow, the sooner the better. 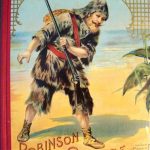 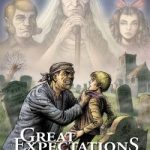 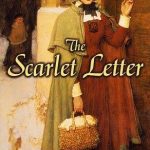 Pishtiwan Mohammed Faraj is Assistant Lecturer at Slemani University where he teaches English literature. He is currently studying for his PhD in Brunel University in London, writing on Post-millennial War Literature. He joined the University of Slemani in Iraq in 2006, and taught American and English Literature until 2012; where he was a faculty member in the Department of English\ College of Languages, in the University of Slemani where he received a BA and MA in English and Literature. He is also the recipient of the Ministry of Higher Education scholarship for his PhD study in United Kingdom. He also lectured in the University of Human Development in Kurdistan from 2009 to 2012. In addition to teaching, He is also a freelance translator, interpreter and Journalist.