On Saturday 2nd & Sunday 3rd of November 2013 the 3rd Conference on Kurdish Women in East Kurdistan ‘Rojhelat’ was held in London. The aims of this conference were to duiscuss and bring to light ‘The Role of Kurdish Women in Bringing about Social Change and Democratisation in Iran.’ The conference saw women and supporters of women’s rights from all over the world to gather and become a voice for the voiceless women of Rojhelat. For the first time the conference also widened its arms and discussions of women in Bakur, Rojava and Bashur were also included.

Over the two days, four panels covered several different topics including Panel 1 – The Status of Kurdish Women in Iran, Iraq, Syria & Turkey – which addressed the current status of Kurdish women from a political, economical and cultural perspective by women from the Kurdish regions and Diaspora. With speakers such as Nazaneen Rashid: who discussed a brief evaluation of the situation of Kurdish Women in Southern Kurdistan and the large problem of Self-immolation and suicide among females. Poyraz Unlu: discussed the general situation of Kurdish of women in north Kurdistan and the construction of masculinity (with reference to political organization and non-independence/independence of women). Diba Alikhani: Discussed the women’s movement in the last two decades in Rojhelat.

Panel 2 – Looked at how to raise value Gender Awareness within Kurdish Society in Rojhelat and addressed the growing interest on women’s rights and emancipation in Kurdish society. The speakers in this panel were: Ahmad Askandari: who sent in his presentation through video spoke about how to raise gender awareness in Kurdish society. Nahid Houssini: Spoke about Gender and Education: examining women’s education in Kermanshah. Sorya Fallah: Who also sent in her presentation through video spoke about Kurdish women, Endowment of language and identity and examining harmonic vocal.

We then saw Persheng Warzandegan, a prominent dutch and Kurdish artist born in Sine, presented her artwork and speak about her life. Both the passion in her art and the tragedy of her story had the entire audience in tears and on their feet. The greatest moral of her story was this: “We must fight our own fight; we must not wait for others to speak on our behalf. Stand up and demand what you deserve.”

The conference discussed some major issues and saw activists, academics and Kurdish women from around the world gather to share ideas about the future direction of the Kurdish women’s movement and where it is at now. A focus was shone on the fact that Kurdish women’s voices are stifled within the Iranian women’s movement and needs to be rectified both by the Kurds and the Iranians. Greater awareness of the plight of Kurdish women in Iran must be raised both within the Kurdish movement and beyond into the global hemisphere of feminists and human rights movements. In order to create change within our society we must all start at home by teaching our children the morals and values of equality but most importantly being role models ourselves, both within our homes and away.

The managing committee of the Kurdish Women’s Project announced that next year the 4th Conference on Kurdish Women in East Kurdistan will be held in Norway. Watch this space for updates on the next event.

You can also watch most of the presentations of the conference here: http://bambuser.com/channel/KomeleiJinan 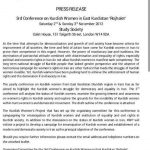 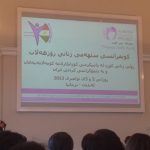 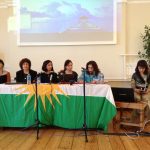 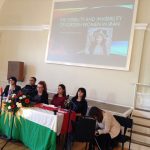 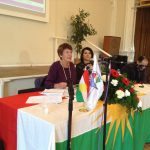 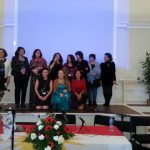 The organising commitee and some of the speakers 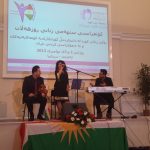 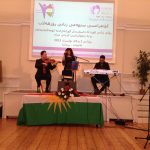 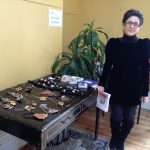 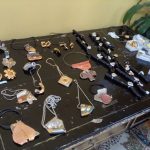