If we flip back through a 100 years of our forsaken history, we draw the realization that a French-British agreement shaped the current map of the Middle East; however, the map was heavily influenced by political decisions rather than the right of self-determination. Kurds and Assyrians were denied their own nations. Palestine lost its territory to a new emerging ‘Zionist State’. ‘The Greater Lebanon’ was established, and Syria and Armenia lost parts of their land to Turkey. Today, the Kurds and the Islamic State have put the final nail in the coffin of Sykes-Picot, the agreement that ignored the right of the Kurds to establish their own state has failed, for many reasons, and today we are standing at a crossroad as we have the choice to choose what the ‘Post Sykes-Picot Era’ will look like.

Right after the escalation of events in Syria that lead to the war eruption, the Kurds alongside with the local Assyrians and Arabs established an autonomous region, Rojava, which is fairly safer than other parts of Syria. Although the Kurds could have seized the granted opportunity of a lifetime to finally create a ‘Kurdish State’, they refrained from such an action out of respect to the other locals and out of their willingness to coexist. They used their power in the most refined ways as means to promote unity and tolerance; they formed a government with a heavy representation of both Assyrians and Arabs, positions were awarded based on merit and not status, sexism quickly faded out as female voices were at the forefront of the change. In addition, three languages were adopted as official: Arabic, Kurmanci and Syriac, the autonomous region of Rojava refused to take part in the Syrian war avoiding conflict with the both the oppressive Syrian Regime and the foreign-backed Opposition. Nevertheless, Rojava found itself forced to enter a war with ‘ISIS’ following its constant subjection to attacks from the extreme radical group that Turkey is yet to denounce as a terrorist organization and is most probably sponsoring to do all its dirty work in the region.

Rojava, led by the PYD (Democratic Union Party) and the SUP (Syriac Union Party), has become a model for all the Middle East, not only for Kurds, the model is the alternative for all the different ethnicities in the region because of its secular ideology, Rojava’s revolution has been named ‘The Women’s Revolution’ because it has given the women more rights than many western nations whether it is by establishing an all-female military force YPJ (Women’s Protection Units) or by handing government positions to young educated females who earned their position based on merit. The rise of a secular pro-feminist nation, a nation that isn’t exclusively for one ethnicity, endangers Turkey’s status as the model for Middle Eastern nations; it puts Turkey in danger of losing the land that they stole from Kurds, Arabs, Armenians and Assyrians. In Rojava, primary and secondary education is free and compulsory, with four languages taught: Arabic, Kurmanci, Syriac and English, thus proving to be the best example of democracy. The law approaches criminals as nothing less than human beings treating them with respect, banning acts of executions and torture. In addition to that, people are granted the right to express their vastly different cultures through gender equality, language, ethnicity, and traditions in the embrace of a healthy environment, based on an ecological balance. All of these brilliant observations make up Rojava’s iconic constitution. 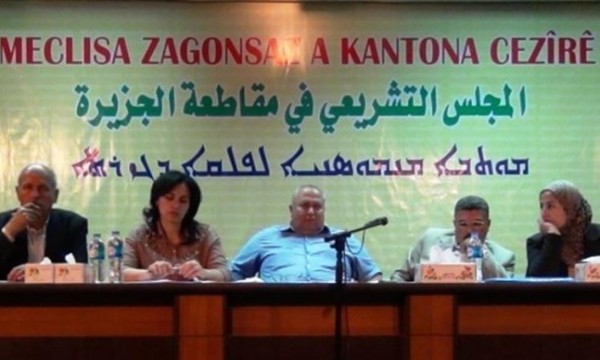 As Rojava’s model flirts with success, Northern Kurdistan which is under Turkish occupation now seems to be on the move in the same direction as to adopt a few of Rojava’s principles. Forexample, the Mêrdîn Metropolitan Municipality has added Arabic, Syriac, and Kurmanci to its official languages along with the Turkish one. The co-mayor, Februniye Aykol, a 25 year-old Syriac Christian has been changing things for the better. Women in Northern Kurdistan have been at the forefront of the change and this poses a threat to the Turkish government who seems reluctant to give the people their rights to govern their own land. 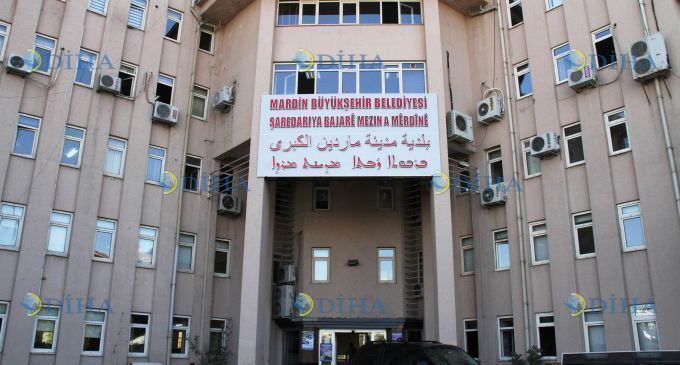 While Turkey seems to be holding the borders well when it comes to Kurds who try to visit or send aid to their families across the border, it has failed to prevent the entry of tens of thousands of ‘International Jihadists’ along with a huge amount of weapons into Syria and subsequently Iraq, probably this failure is deliberate, not probably, certainly. Turkey, the so called ‘moderate’ Islamic nation, has intentionally allowed, armed and supported extreme groups heading to Rojava to fight the ‘secular leftists’. The ‘Syrian‘ Kurds have shown their ability to rise beyond the sectarian conflict that struck the Middle East because they constantly rejected influence from the Turks or anyone else.

To Prevent the death of ‘Sykes-Picot’ borders, Turkey managed to instill fear in those who dared question the practically of the current borders by giving them ‘extreme Islam’ as an alternative, one that desires to shatter all borders by crushing the diversity of the region. When Rojava was established, ISIS continuously started attacking the villages on the border and when South Kurdistan announced its desire to separate from Iraq, ISIS came knocking.

History repeats itself constantly, if we fail to learn from it, the rise of ‘Jihadists’ in Afghanistan managed to silence the leftist movements, the ‘infidels’ and the moderate Islam. Today the Islamic State is no different than Taliban and Al Qaeda. International Jihadists have been pouring in through Turkey yet Turkey has managed to stay away from the chaos, the ‘moderate’ nation seems to be promoting terrorism everywhere else in the region as it gains more benefits from its Western allies. Today, Turkey found a puppet that is ready to do what it did many years ago. The Turkish army doesn’t need to repeat the massacre of Armenians when radical groups can do it to Armenians in Maaloula, Syria. The Turkish army doesn’t have to ethnically cleanse Assyrians and Yezidis like they did before when their puppets ‘ISIS’ are doing it. The Turkish army doesn’t need to engage in battles with the PKK when Turkey’s puppets are distracting the Kurdish HPG, YPG and Pêşmerge in West and South Kurdistan.

Rojava’s model isn’t a myth; it is reality albeit a practical one, an island of togetherness in the middle of a sectarian swamp. For the sake of a better Middle East, one that ensures the rights of all, people need to support and back Rojava’s model which has proven to be practically the realest democratic option in the region. Rojava is a society free from authoritarianism, militarism, centralism and the intervention of religious authority in public affairs. It is a place where the woman enjoys her full rights, a place where you can hear different languages in every street, a new harmony has been found, cultures, languages and beliefs live together in Rojava, all these differences are accepted as part of its wealth.ery child who lost a mother. My book is in my hand but the rifle is ready on the shoulder. [/wc_testimonial]