Kurds in West Kurdistan have officially declared self autonomy, announcing government administrations on Dû Rêbendan, the same day as the Mahabad Republic was declared 68 years ago. The Kurds were in intense fighting against Al Qaeda related groups (ISIS and JN) and even the Assad regime yet have come out victorious everytime. The autonomy in Rojava is inclusive of all religions and ethnicities involving Kurds, Arabs, Syriacs and Christians. Rojava is a model for the rest of Syria, and possibly the Middle East, just as the Kurdistan Regional Government (KRG) should be model for the rest of Iraq. The KRG has proven that, albeit with shortcomings and a long way to go, that democracy can be built and it seems to be on the right track, providing respect and protection for religions, ethnicities and genders.

Rojava is one of the most complex and under-reported fronts in the entire Syrian war. Kurdish fighters, have used the disintegration of Syria to carve out an autonomous state there, in what they are calling ‘Syria’s Kurdish heartland’. Regardless of the fact that Turkey is not at all happy about the situation of it’s neighbouring Kurdish success and regardless of their efforts by blocking the Kurdish areas,  the Turkish government closed the border crossings to international trade as well as to journalists. While Turkey offers free access to rebel-held areas of Syria it doesn’t want any journalist entering Rojava leaving the film-crews and journalists with no option but to cross the border illegally, dodging Turkish army patrols and risking arrest. Yet many have made the risky feat and come out showing the world that even though Rojava is an ethnically mixed region wihtin Syria, with significant numbers of Arab Muslims and some Christian minorities and contains around 60% of Syria’s oil reserves and could be a potential treasure trove to whoever controls it, they have been able to control the region in a manner of justice and peace. Creating a ‘Safe haven’ for all regardless of race or religion.

Kurdish, Arabic and Syriac have been designated as official languages of the Cizire canton in Rojava.

Twenty two ministers have taken an oath in Arabic, Syriac and Kurdish to become the leaders in the Rojava administration. They are as follows:

While sectarian conflicts and bloodshed rages on in the rest of Syria, Rojava has been spared from all of it due to a the rise of a Kurdish Spring and a great struggle for humanism,  democracy, freedom and peace. While internal conflicts are widening whether between the SNC or the Al Qaeda related groups, the people of Rojava are creating harmony and peace. The Kurds will no longer wait for the approval or support of the western governments and organisations who should have supported the struggle of the Kurds long ago, instead they will take their fate into their own hands. 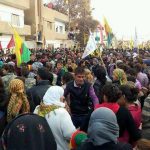 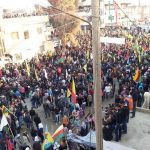 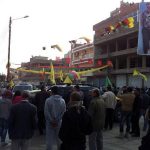 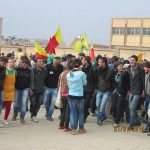 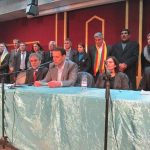