Kurdistan, a home that became a dream not only for the old, but also for the children of the Kurdistan.

The fourth biggest nationality in the Middle East are the Kurds.

The Kurds united by a common history, culture and language yet seperated by barbwire, bombs and mines, divided into four other countries.

In 1916 a secret agreement between France and Great Britain assigned from Russia, later called the Sykes–Picot Agreement, divided the Ottoman Empire between two countries and in the process divided the Kurds between Syria, Iran, Iraq and later Turkey.  Like other nations in the area, Kurds never stopped fighting this occupation.  A revolution here or demonstration there in the occupying countries, starting from Dersim where the Turks shelled and killed anyone whom didn’t conform with their strict Turkish values and moved in their killing machines to demonstrate their brutality.

In 1938, thousands of Kurds were killed or expelled. When visiting any home throughout Kurdistan walls are full of pictures of brothers, sisters, fathers or mothers, even whole families have become martyrs to the Kurdish struggle.  Their only ‘fault’: being proud of their nation.

Death became the shadow of every Kurd.

Tragedy struck not only for some, but for whole cities, and the entire nation. In 1988 during the Anfal campaign against the Kurds, where thousands were gassed to death by Saddam’s regime, Kurdistan became a nation of tombstones. The statue of Halabja is still screaming and scratching all human worth.  That day, the sound of children’s laughter was silenced by death and the rivers became like volcanoes; even animals turned into stone.

A whole city was invaded by death from the sky. In one hour 5000 Kurds were exterminated to later become our message of suffering to the whole world. Even to this day, regardless of all the darkness, Kurds only ask for friendship and brotherhood among all nations.

During Saddam Hussein’s trial, a Kurdish woman who had lost her sight, and with it 30 family members, being the sole survivor of the tragedy, told the judge:

“Sir, this man killed all my family. I am the only survivor from my family but I am not like him, I am a Kurd I forgave him for what he has done to me.  He has a God and I have a God.”

The story of suffering of this nation never ends.

In Syria, starting from Amuda’s cinema genocide and following with Tul Hasel it is still what the Arabic fascist have done to the Kurds.  What they could not do, Al-Qaeda is doing it now at times on behalf of the Arabic nations and sometimes on behalf religion.

In this madness of suffering we can’t forget what is going on in Iran. Every day, Kurdish youth are hung in squares like flower stems in a vase. The smell of victory vanishes from their bodies into the air.

In Turkey, the bodies of Kurdish youth become mountains of heroes inside jails.

Simply, this is the story of a nation, as Mandela mentioned in a message to the occupied nation of Kurdistan:

“You’ve made an enemy, never stop fighting for your rights.” 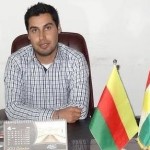 Written by Kovan Alshawish, from Rojava. Born in 1988 in Rojava, Kovan spent most of his life between Qamishli and Afrin running away from the regime for being a Kurdish activist. He has covered various political issues, particularly on Syria and Rojava and reporting on current events. Many of his articles are related to the Kurdish status quo and Kurdish rights beyond the international boundaries of Kurdistan analyzing the Kurds within the Middle East context.[/wc_testimonial]