The views and opinions expressed herein are those of the author alone and they do not necessarily reflect those of the institutions to which he is affiliated.

Below is the text translation taken from footage caught on video of Ali Hussein Majid’s cousin and what he said about using chemical weapons against us Kurds in italic bold, followed by my piece.

This is my intention, and I want you to take serious note of it. As soon as we complete the deportations, we will start attacking them everywhere according to a systematic military plan.

I will not attack them with chemicals just one day, but I will continue to attack them with chemicals for fifteen days. Then I will announce that anyone who wishes to surrender with his gun will be allowed to do so. Anyone willing to come back is welcome, and those who do not return will be attacked again with new, destructive chemicals. I will not mention the name of the chemical because that is classified information.

Today marks 26 years since the day over 5,000 people lost their lives and many thousands more injured, some of whom still suffer today. If you try and put politics aside for just a few seconds, remind yourself that the victims were first and foremost human beings killed by a regime that some sick people still defend today. There are all sorts of people in this world, and that that includes people who have a fetish for & worship people like Saddam, Bashar etc.I returned back to my homeland over three years ago, because despite all our shortcomings I believed then and I believe now that each one of us can make a small difference. However, I can never imagine the misery and struggle that not my people went through under Saddam’s regime as I was fortunate enough that my family meaning I spent almost my entire life abroad.

Today the Kurdish people are again at the mercy of Baghdad, but what Nouri Maliki doesn’t seem to comprehend is that Saddam with all his might couldn’t finish us off. Hence cutting of our salaries, brainwashing some of Iraq’s Arabs that Kurds are the reason behind Iraq’s problems, attempting to centralize and control all aspects of life; all of that will only embolden us further.

There is a reason that Iraq’s Christians, Arabs and expatriates move to live here in Kurdistan and not vice versa. I understand that fact may kill some fascist Arabs deep inside, but we are no longer those Kurds that were mocked and the butt of racist jokes. Instead we are creating something that is praised by other countries and people of this world.

Despite what we went through not only in Halabja 26 years ago, but throughout Saddam’s Anfal campaign, we harbour no ill will or wishes for revenge against the Arab people in Iraq. On the contrary, the bombs and backwardness that hit Baghdad and other parts of Iraq are a cause of sadness because I do believe that every human being no matter ethnicity or religion should have the opportunity to live in peace and with dignity. Today thanks to the perseverance and sacrifices of my people, I am able to live amongst them.

To my Kurdish friends today: Remember and try to honour the legacy of those that died by being humble to the people around you. Life isn’t all about power and money specially if you are not respected. The best way to honour the memories of those that perished is to work together towards ensuring a better standard of living for all, instead of competing against each other. 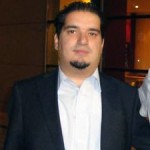