For as long as I can remember, I always loved sitting and conversing with elders. I’d rather learn about my families struggle and journey that led to where we are today, than keep up with gossip and whats in style. Who better to hear those stories from, than your own grandfather who shed tears and blood to pave a life for his own children, that he was not granted himself. Who better than the very man who’s entire life, grew up without parents or siblings? As a Basuri Kurd, my mothers side of the family felt Saddams wrath to an extreme. Given that her father was a Peshmerga, they were constantly forced to leave their home and hide from Jash Kurds. My parents both come from small villages in the Berwari Bala region. My mother is Chemsaidy, both her grandparents were also.

My grandfathers name is Said Nuri Abdullah. I thank God for blessing me with his existence, for I don’t think I’d be the person I am today without him. In 1946, at the age of 1, his father died from an unknown illness due to lack of medicine. At the age of 3, his mother followed the same path. My grandfather was now an orphaned 3 year old with no siblings or grandparents to rely on. He had two cousins from his dads side by the names of Ahmed and Taha. The whole village refers to them as Said Ahmed and Mame Taha. These men were not my grandfathers cousins, they were his brothers in life. Rahma Xode le bit, Said Ahmed passed away 2 years ago leaving my grandfather, along with all of Chemsaida, devastated. 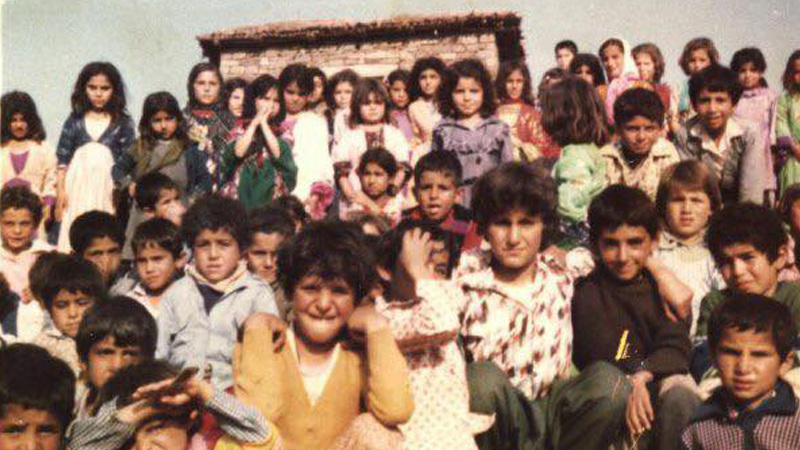 A focus on his childhood. My grandfather went to school in Chemsaida from 1958 until 1961. In 1961, at the age of 16, my grandfather joined Mallah Mustafas revolt on Abdul Kareems Kassims rule then dedicated the next 3 decades of his life to becoming a Peshmerga and paving a life for his kids. His childhood consisted of bullets and wounds.

In 1966, at the age of 21, he married and had a son named Hamid a year later. Just like his father, Hamids mother passed away when he was 3 years old, but this time to a cancerous tumor on her hand. In 1970, he married my grandmother, also a chemsaidy villager, Nasima Abdullah. They continued their life in Chemsaida for the next 5 years during which my grandmother gave birth to her first child, Fairoz in 71’, my mother, Faiza, in 73′, and my aunt, Bihar, in 75′. Shortly after Bihar was born in 75’, my grandparents took their girls and lived in a village called Garamise in Bakuri Kurdistan. There, my grandmother gave birth to my aunt Zakiya in 78’, and 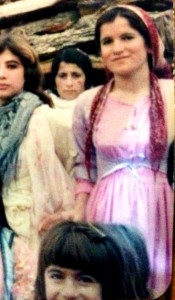 The little girl in the bottom right corner is our angel Zakiya. This is the only fragment of an image I have of my aunt. Taken in 1985, South Kurdistan

My grandfather was in active duty all the time, meaning my grandmother was left with the responsibility of all these kids, alone, at many times in her life. God granted my grandparents a child in 1986, but God also took one in 1987. My grandmothers father, Haji Abdlrahman, had cleared out a cave and built around it for his family to take cover from the Iraqi Armies bombs in a nearby village. When my grandfather brought his family back to Basur, he went straight to his father in law in Boze. While telling me the story, my grandfather choked on his words and his eyes teared up, “I brought them there to take care of them, to protect them. Instead I took them to their grave.”

As usual village life, kids roam around in the valleys and streams. That day is a day in the minds of my aunts and uncles, that won’t ever go away. Atop the cave was a hill with a garden of flowers where the kids would play. My uncles and aunt witnessed the bombing of their 10 year old sister and 2 of Said Ahmeds sons. Said Ahmeds wife was atop the hill too, she lost her left arm from the attack, but still lives to this day. How could my grandfather have known his Zakiya would leave so soon?

Right after the bombs hit, my grandmother ran to see what happened. She didn’t know the bombs hit near the cave, she figured they hit a nearby village where her husband and brothers were. Naturally, the first thought would be about my grandfather, but no. My grandfather walked towards her with a haunted, blank, and colorless face, and she fell to the ground thinking one of her brothers had been killed. Little did she know she’d walk into a mosque and pick her childs corpse from a lineup. When I first asked my grandmother about my martyred aunt, my stomach turned into knots and I couldn’t see from the gush of tears falling from my eyes. My grandmother held her arms close to her waist, like she was rocking a baby to sleep, and she told me, “I see her now, i see her everyday. she’s wearing the white kurdish dress I had just made her. she’s such a happy child.” “Dont cry, she is an angel in the heavens above, I have no doubt about that.” Zakiyas grave is in Boze and I’ve had the honor to visit her. 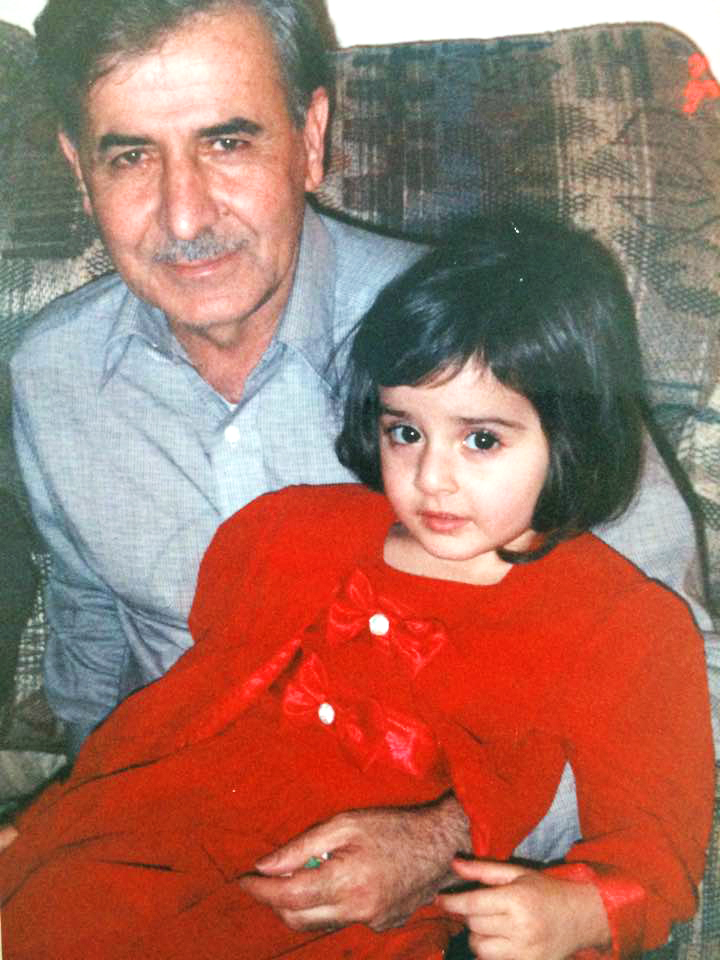 The greatest gift from God, and I. My fourth birthday

During the Anfal Campaign, my grandparents took their children, minus Hamid, to Amed, Bakuri Kurdistan. In 1990, my grandmother gave birth to my uncle Amed, in Amed. They came as refugees to Nashville in 1991, and my youngest uncle, Umid, was born in 1993. How their life has evolved until today will be saved for next time.

If it’s not clear by now, my undying love for my nation and my people’s comes from the struggle and the agony my family, along with all of kurdistan, has endured. I may not have been born and raised during this time, but I feel the pain they felt. I feel that i shed my blood, in place of Zakiya that day. I feel that I was sitting with my grandmother in that cold and wet cave all those lonely nights thinking, will tonight be the night? I feel that I was laying next to my mom, sleeping to the lullaby of bombs and the cries of the mothers of our beloved martyrs. My grandfather embodies devotion, suffering, strength, and passion all in one glance into his eyes.