Doubt in Hamlet; Hamlet is one of the greatest tragedies written by Shakespeare, or perhaps by anyone who has ever put pen to paper. In this drama, we can see many themes, the most important of which is doubt. We can also see that it affects every action and event in the play. As soon as the play starts, the questions begin. This shows the Hamlet’s doubt and uncertainty, yet doubt can be felt in all the characters. As much uncertainty that is felt by Hamlet, however, is as much uncertainty the reader or audience has about him, because we cannot easily understand his complex and mysterious character.

At the beginning of the play, when Hamlet hears about his father’s death, he suffers significantly. He initially believes the story of how his father was killed by his own brother, Hamlet’s uncle. Having killed the former king, Claudius comes to the throne as the new king and marries Gertrude (Hamlet’s mother) just two months later. Hamlet begins doubting his father’s death. Specifically, he begins to think that maybe his father was murdered not only by his uncle; but maybe his mother was involved too. This doubt makes him hate life and humanity, and even makes his thoughts dwell on suicide. The ‘to be or not to be’ soliloquy shows us that the only thing stopping him from taking his own life is that it’s against the Christian religion.

After his friend Horatio tells him about his father’s ghost, and when Hamlet saw the ghost for himself, he couldn’t believe his eyes. The ghost was something unnatural, something unbelievable, making it even harder to believe. Hamlet was in doubt about the ghost’s speech and even the ghost itself! He wants to make sure that Claudius really murdered his father before he does anything against Claudius, that is why he wants to know the truth. At this point, one question appears, which is: should Hamlet believe the ghost or not? Such a question will not just bring doubt to us as a reader or an audience, but also brings doubt to the characters, which means everyone is in the same position.  Hamlet decides to make the ghost’s speech a reason to find the truth, that is why he makes a play in order to discover the truth and to take revenge, as he promised the ghost (or we can say his father) he would.

The ‘men of action’ in the play, men such as Laertes or Fortinbras, in Hamlet’s situation would have drawn their swords as soon as they saw reason to. Hamlet, however, is a man of thought and because of his doubt, he needs to prove the ghost’s accusations, so he uses actors to try and prove Claudius’ guilt. When he sees Claudius’s reaction, he begins to believe the ghost. He pretends to be crazy, which is not easy for someone to do, but he does it so that he can take revenge; the act works as a distraction and an opportunity for him to get away with saying and doing anything he wants.

He was in doubt about everyone and everything. He couldn’t trust anyone, not even his mother, the only person he had after his father’s death, except for his close friend Horatio, in whose arms he finally dies. Sometimes he was in doubt even about himself! His madness makes everyone believe that he is crazy, but the act of pretending perhaps becomes more convincing to himself too! He doesn’t bring doubt only to the characters, but he brings doubt to the readers and the audience too! I as a reader couldn’t decide if he is pretending or he is really crazy until the end of the play! This is a very effective technique.

Finally, doubt has an effect on the love that Hamlet has for Ophelia, the only innocent character and the only one Hamlet truly loves. Hamlet’s doubt not only led to the death of Ophelia and his mother, but also to the death of the other characters, and unfortunately his own. This doubt directs all of the actions in the play. It affects what Hamlet knows, does and thinks. It even affects what the reader knows. Doubt is the driving force in the play and the cause of the tragic death of the protagonist that is Hamlet. 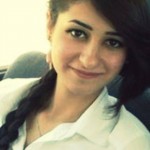 Awer Jamal Garib is the Literature Page Coordinator at SMART Magazine, an English Magazine that focuses on ”Language, Literature, Society”. She is a Third year University Student at the Department of English at the university of Human development.[/wc_testimonial]