The violence of some groups of Islamic extremists has become an observable reality, for example in Syria and Tunisia. This needs a more accurate research so that we would be able to know the causes, their spread, and solutions. However, what I want to focus on here is the uncertain attitude of the Kurdish Islamic parties and their serious lack of trail to deconstruct the futile root of the violent ideologies of these groups. What has complicated the political situation in Tunisia and led to the embarrassment of Ghannushi’s government was the assassination of two political leaders of the country by a group of violent Islamists. This sort of action may have the chance of being copied in Kurdistan Region and cause the same embarrassment for the Kurdish Islamic political parties.

The Islamic political parties may claim that they have issued formal declaration against those groups in Syria, but issuing declarations of protest can be considered no more than a political move by these Islamic parties and in some cases, we could argue that it does not represent the viewpoint of all their leaders and members. Furthermore, these declarations might have been because of people’s and the social network activists’ pressure, and may not reflect the opinions of these parties for coexistence and fair treatment of all the people.

There are probably some reasons that influence these Islamic parties not to be able to fully uproot and deconstruct, through their various media channels, the roots of these groups’ violent ideologies. The reasons are as follows:

First: the Islamic parties deal with these radical groups that conduct the most disturbing acts of terror, on the basis that they are both “Islamists”. They believe they should keep their brotherhood rights and in the worst kind of scenarios, they would only blame them- not declaring the illegality of their aggressive acts which might be based on some violent ideologies. Here, I need to clarify that by ‘ideologies’ I refer to the ways these violent groups legalize their acts, not the sources of Shri’a.

Second: Some Kurdish Islamic groups believe that when these groups support their arguments with the Holy Quran, the Sunnah, and opinions of religious scholars; therefore, they cannot reject their evidence. In fact, this sort of thinking is only derived from their inconsiderate poor thinking ability and their indifference scientific expertise. The texts of the Holy Quran are not to be selected, to be applied; on biased bases i.e. they cannot be taken out of their context and be treated individually. What needs to be known is: the Holy Quran is revealed to bring about some purposes that are clearly stated in some Ayahs.  An example of this is the coexistence of different colors and voices together “And We made you into nations and tribes” (Al-Hujurat) – and not the annihilation of the existing differences, this reflected in Prophet Mohammed’s (peace be upon him) life. In the Constitution of Medina, for instance, the right of life, freedom of speech and protecting the right of the Jewish people is affirmed very plainly, and it even mentions the names of these tribes one by one.

Third: another reason is that some leaders and members of these Kurdish Islamic political parties believe that the coexistence in Kurdistan Region is an undesired case and the required case is to dominate all the fields of life and thoroughly oust the “secular” parties and force them out of the whole political and legal process. For them, their base of treatment with these “atheist and non-believer seculars” is to confront them with guns. They believe that this situation is only urgent and is the result of conspiracy of some external and internal forces against them.  However, this might not be the dominant thought among all the Islamic groups; there must be consistent attempts not to let these ideologies expand. There should be constant endeavors to stuff their ideologies with the peaceful messages of Islam and confront their violent ideological faults scientifically.

Fourth: religious scholars in these Islamic political parties are expected to be the dynamic forces of innovation and always read and research the revelation aims of the Holy Quran. Unfortunately and instead of conducting this duty, they have gone deep into politics and are busy with political activities. Some others wish to be members of parliament and be given posts in governmental departments. This has opened doors for some groups of people, who have weak scientific levels, to stress on religious confrontation and be against different colors of life. Consequently, they depend on the Fatwa’s of Gulf Sheikhs unconditionally.

Fifth: Islamic political parties are unclear about some concepts and are confused on how to deal with them- that has incredibly influenced the expansion of some violent fronts that do not believe in coexistence. They are not courageous enough to have a fresh interpretation of the texts of the Holy Quran and get rid of the unconditional binding to the past heritage. The numbers of Ayahs, for example, which talk about peace, freedom, and religious coexistence, are more than ten “Unto you your religion and unto me my religion” (Al-Kafiroon). Alas, they do not have the courage to correct the obvious error which says that because of the “War” Ayah has superseded all the other mentioned Ayahs.

This is a handful of mist of the uncertain attitude of the Islamic political parties in Kurdistan Region towards some violent Islamic groups. But I also want to assert that the attitudes of the Kurdish Islamic parties against those violent groups differ from one Islamic party to another. 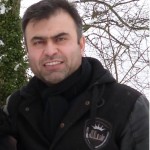 Jalal Hasan Mistaffa gained an MA in International Relations at Swansea University in 2008. He is a PhD Candidate in Politics at Newcastle University.

Translated by Aras Ahmed Mhamad who is a freelance writer and translator. He is the Founder and Deputy Editor of SMART magazine, an independent English magazine that focuses on ‘Literature, Language, Society’. He is the Top Student of College of Languages at the Department of English/ University of Human Development, 2012.