Not long ago, I was having a discussion with a friend from Catalonia. Catalonia is nation battling a struggle of its own; it is seeking its independence from the Iberian Kingdom of Spain just as we are doing in the Middle East. Catalonia and Kurdistan have the same end goals; freedom. However, for Catalans, the difference lies in the means of achieving this (often universal) goal. This nation’s fight is battled on political, economical, cultural, and peaceful basis. My friend suggested that we ought to seeks similar methods in asserting our independence rather than resorting to armed warfare; a method which falsifies and tarnishes our image in the, already hypocritical, western media.

It was never our dream to burden our bodies with the weight of weapons; it was never our ambition to familiarize ourselves with the cold metal of guns. It’s often said that we don’t get to choose our way in life; however, today we are choosing the means to live. Our weapons are not a token of arrogance. We don’t seek foreign lands and establish filthy settlement, we don’t use our arms to threaten civilians, and we surely don’t manipulate their usage to seek a power that’s washed up in greed. Frankly, we hate it. We despise guns, wars and killing; none of these bloody rituals are a part of our deeply rooted culture. Nonetheless, it’s sad to admit that the nature of this world and the reality of the situation forced upon us, demands the advocation the armed struggle . It’s not the oppressed who chooses the means of resistance but rather the brutality of the invader is what drives the resistor into choosing what he perceives as the proper methods to resist. This is the logic of this ever illogical world. You see, even physics confirms it: For every action there is an equal and opposite reaction. This is nothing philosophical, or theoretical. What is applicable in Iberia is not applicable in the Middle East, especially when the nature of the oppressor is different, and displays no sentiments of mercy. 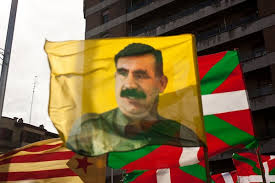 Holding a rifle puts a gigantic responsibility on the shoulder that carries it. One simple mistake or wrong doing can, and will, reap the lives of innocent people. This point emphasizes our duty as Kurds which is to make sure that these venomous tools are used responsibly; this notion is established by using them against invaders and oppressors as means of self-defense, as means of preserving our existence, and most importantly as means of preserving our image which regards highly humanitarian activism. Our duty is to hand weapons to persons who completely know the reasons behind their right to pull the trigger and who are aware of the repercussions of taking them for granted.

I believe in the violent resistance, but I also believe in the nonviolent one. The nonviolent one isn’t made up solely of protests, strikes, and mass demonstrations… it is much bigger than that. We need to culturally show how independence totalitarianism aims at penetrating the innermost recesses of life so that the resistance must stem from those recesses. Kurds living in Istanbul have the power to use these means – they can boycott the Turkish economy, they can wear traditional Kurdish clothes in the heart of Turkey, and they can proudly voice their language at every corner of the city. It’s about living their own way without allowing the regime to dictate their lifestyle, put restrictions on their activities, or occupy their language. It’s about being themselves while practicing the art of existence the way they desire. Simply put, it’s about them basking in a life with an audacity for truth.

Resistance isn’t reduced to the reaction of the victim towards the criminal; it also involves the opinion of third parties concerning the conflict. This is where Kurdistan fails compared to Palestine; Kurdistan never enjoyed the support of any nation and consequently, Kurdistan was never the focus of the media. When Kurds speak of their struggle, it’s faced with extreme ignorance on the matter. Most of the time, this ignorance is not innocent, especially when the ignorant happens to be an activist, a thinker, a reporter, a philosopher or a politician. In this context, this stubborn ignorance is nothing but deliberate; political parties and the media across the world have kept Kurdistan under the radar. When I happen to explain our struggle to some Arabs, I depict ignorance that’s followed up with sympathy and for a while I lamented the fact that we don’t speak out about our struggle. Have we been doing something wrong by not shedding a bright neon light on our cause?

The truth is explained briefly in one of Ghassan Kanafani’s novels, a brilliant Arab writer in the late 20th century. The novel revolves around three people who are being smuggled to Kuwait inside an empty water tank on a hot summer afternoon. The three men suffocate to death inside the tank before the smuggler is able to cross the border and let them out. The smuggler mourns the fact that they didn’t scream or knock the walls of the tank as they were suffocating. Did the men abstain from screaming because they wanted to save their lives and not be discovered by the guards at the checkpoint, or had they cried out and fiercely banged the walls of the tank, but with no one to hear them?

This is draws a perfect description of our struggle. Most of the time, we are afraid of speaking out due to the fear of consequences. The brave Seyed Sami Housseini indeed spoke out against the Iranian regime and its atrocities in Rojhelat. Also, many Kurds did the same, and they all ended up being hanged and tortured to death. We fear being bombed, imprisoned, or even being exiled. On the other hand, in Bakur and Rojava we speak out very often yet the fact remains that there’s no one to listen. No response, neither the media nor the international community has done us any favors; they have always ة looked the other way. We were our news when we were in pain. When we protest, we are viewed as extremists, terrorists and separatists, since our rallies and protests apparently reflect our only interests. Furthermore, when we don’t participate in rallies, we are viewed as complying with the incumbent regime. The international media as ruthless and manipulative as the regimes of Iran, Turkey, Syria and Iraq. 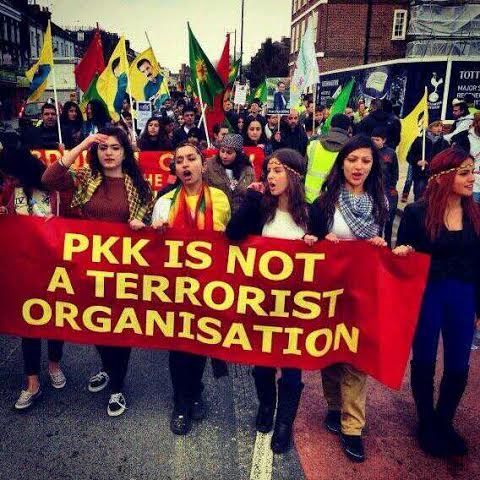 Kurdish Community in the UK protest against the western label of terrorism against the PKK.

The US and its allies have come knocking recently. Are they changing their attitude towards us? One might ask. Are they finally granting us their blessings for our right to exist? No, not at all. These imperialist governments are not here for those who live on the land, but rather for what lies underneath it; the liquid gold of our wretched time, the oil. Studying our own history adjacently to the history of our neighbors forecasts our future strategies in this abused, tired region. The truth remains that, sadly, the only thing we learned from those redundant history volumes is that we only have ourselves to rely on in this righteous struggle. And the struggle remains as we stand there naked of our freedom, with the mountains being our only friends, and the sun our only guard.