The use of chemical weapons against civilians in Syria is one of the dangerous events that the world is witnessing today. This event is the repercussion of a digital world that all the concepts of civil society, democracy, human right, etc. could not convince humanity that people would be better off in a world of non-violence. This event has many consequences that need to be addressed.

This event tells us that despite the fact that technology has made things and life easier, it can make you breathless with a weapon. We should remember that most of the genocide acts have been carried out in this digital era, from the Jewish Holocaust to the killings of Vietnamese people; from the mass killings in Hiroshima to the chemical bombing of the innocent children in Halabja. This is the repetition of an era and a moment that not only brings bloodshed, but also and in front of the eyes of the whole world, an entire nation is bombarded with chemical weapons, and yet there is a deadly silence.

Additionally, this event informs us that the promises of the powerful states to humanity are nothing but big lies. The use of chemical weapons and the killings of the civilians in Syria are the consequences of this heartless world and are the proof of a reality that the plights of politics, power, and interests are still to come. After the killings of the innocent children of Syria and the use of chemical weapons against its own people, the international community and the powerful states have turned a blind eye on it. I have fear that this event will become a model across all the borders. I have fear that this behavior will be transported from the “Syrian President” to other crazy presidents in the area and then execute their own blameless children.

Syria now contains more than a group and force and the regional powers seem to be actively involved in Syria’s affairs. The slaughtering of innocent children is not enough for this blood-spattered regimed nd it’s opposition, but they also resorts to pollute air and terminate more lives. There is a huge hatred inside the heart of this “President” and those leaders whom oppose him, who for the sake of remaining in power, kills people, destroys cities, and carries out genocide.

The fight against such a dictator in this region is the result of the so-called “Arab Spring”- none of the other dictators has lingered like Syria. This has brought huge plight upon the Syrian people. We have seen enough bloodshed, and the genocide of an entire nation through television and that a whole nation is immigrating beyond the borders. I know this will not bring fundamental change in the world, but it is more likely to make some changes in the face of several regimes in the region. That is the reason some other countries are just looking at the genocide of the Syrian nation and are trying to not let this statue fall.

In conclusion, all these events are the repercussions of the so-called digital and technological era which besides welfare and making the world smaller, it also normalizes murder. Since in this digital world everything is possible and people are free to do what they want to do, humanity must prepare itself for more genocide, and air pollution- and that is the ugly (dark) side of this era. 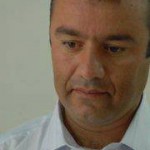 Translated by Aras Ahmed Mhamad who is a freelance writer and translator. He is the Founder and Deputy Editor of SMART magazine, an independent English magazine that focuses on ‘Literature, Language, Society’. He is the Top Student of College of Languages at the Department of English/ University of Human Development, 2012.[/wc_testimonial]