Uniform: The Ongoing Debate; Everyone is unique. Young people, especially students, are more eager to show their uniqueness through the kind of clothes they wear, shoes, hairstyles and how to find a match between the colors. University students proudly express their uniqueness by imitating their favorite celebrities and anxiously follow popular fashion shows. The question of this report is: Do universities need to oblige students to wear uniforms or does fashion mean freedom of choice?

In the past, students wore uniform in universities. Uniform consisted of a blue jacket, gray trousers and white shirt. People often think uniform is necessary ​​for non-discrimination between rich and poor students, but the truth is far from this idea. Uniform was worn in the 16th Century in England – the first country to introduce uniform to charity schools for poor children. It was to distinguish between the children. But in the 19th Century, all English schools decided to have their children wear uniform. Uniform later had a major impact on other countries.

So I prepared three questions on the topic, which I used to question some teachers and students. This way, I could get an idea of what uniform meant for them. First, I will ask them two of my questions, and then I will compare the advantages and the disadvantages of uniform.

What do you think of uniform in general, and do you support the idea of teachers wearing uniform?

Mr Mohammad and Ms Sahema agreed with the idea of uniform for the reason that students need to focus more on their studies rather than fashion. Mr Mohammed agreed with teachers wearing uniform, while Ms Sahema didn’t. Ms Maysaa J.Alwan and Mr Wayne Lavender didn’t agree with uniform. Both of them agree on the fact that students should have the right to choose their own clothing which separates them as individuals from others and shows their maturity. Both of the teachers disagreed with teachers wearing uniform.

The students Shan Bakhtear, Sivan Sefadin, Daban Hadi, Azeez F. Salih and Didam Hama agreed with the idea of uniform because they felt students would concentrate on their studies more. They also added the idea of belonging when everyone is wearing the same uniform representing them as “one”. All these students, apart from one, also agreed with teachers wearing uniform.

Gashaw Anwer and Anwer Sarkawt didn’t like the idea of uniform for the reason that they felt the students were mature enough to choose what to wear. Gashaw added that uniform has no effect on the process of education because we have many famous universities in the world that don’t impose uniform and they have the most successful students. Anwer mentions that clothes are not a significant issue for students who are learning. It was more the teachers’ responsibility to make the learning interesting enough for the students. Both students disagree with teachers wearing uniform.

1- Uniform is economical in terms of both money and time. We would not need to pack our wardrobe with varieties of clothes and spend long deciding what to wear.

2- Students will feel more comfortable wearing uniform, if their entire classmates are wearing the same clothes. There will be no gap between poor and rich students.

3- When students wear uniform they don’t have to worry about how others judge their appearance.

4- Uniform helps students to achieve good education because they are going to focus on their learning instead of clothes.

1- Wearing uniform may mean to look the same, to be the same, to be identical. Human beings are not the same – and being able to wear different clothes is a sign of individuality.

Even though the school uniform debate isn’t over, and both parts have good arguments, we should not forget the importance of the uniform in itself. Uniform is used to give a clear statement to its surrounding. We see a lot of uniform wherever we go: workers, doctors, police, soldiers and so on.  Almost everywhere, doctors wear the same white coat that everyone can recognize.

In conclusion, if you end up in a country with a foreign language, you can still distinguish a doctor from any other worker in the hospital and ask for help. In my opinion, having noted all the comments from both sides, it will be more useful to have uniform. That is because it directly affects the human psyche. Unfortunately, in our time we clearly see the social levels among the students. By returning uniform, these problems will be solved. 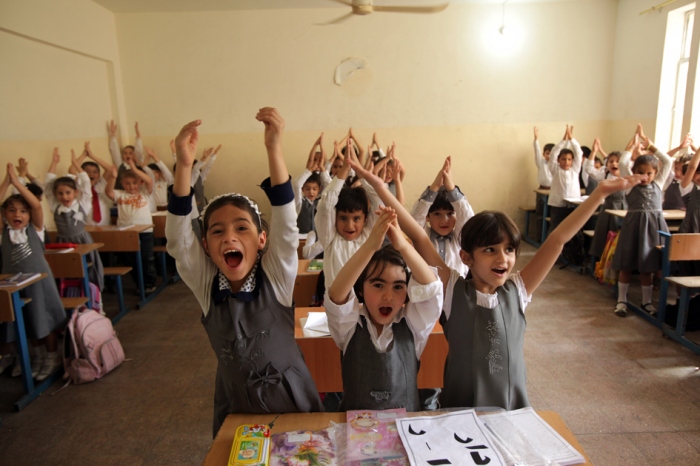 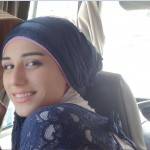 Laveen Kamaran is the Literature Page Coordinator at SMART Magazine, an English Magazine that focuses on ”Language, Literature, Society”. She is a Third year University Student at the Department of English at the university of Human development.[/wc_testimonial]