Do you remember the first time you were asked, where is Kurdistan? Many of us in the diaspora have a rehearsed answer to that question because we face it way too often. But have you ever wondered when you first realized that your home, your identity was not recognized? I was hit with this harsh reality when my seven year old brother asked me “yaya, why can’t my teacher find Kurdistan on the map?” My face turned white and my heart sank. How do you answer such a question to a child that has grown up in a home of proud, practicing Kurds? “Practicing Kurd” is a term I use to refer to Kurds who celebrate their culture; who immerse themselves into the beauty of our music, dance, history, language etc. How do I explain such a deep-rooted history of conflict? I was stumped. I immediately put on my teacher hat and told him that if your teacher doesn’t know, you should show her. We then brainstormed some ways he could incorporate Kurdistan into the show-and-tell segment of his class.

This took me back to my childhood, to little Nissy attending an elementary school in Greece. I remember seizing every chance I had to wear my Kurdish dress, because I just loved being Kurdish. I don’t, however, remember the first time I was questioned about my identity. I do remember being made fun of, though. One year we had an event where we invited parents to a poetry reading. Our teacher told us to wear our best clothes. Of course, I wore my blue pulaka Kurdish dress. When I showed up to school, all the girls were wearing cute little princess dresses and the boys were dressed in suits. Now that I look back to my childhood self, I was pretty awesome for having done that. But at the time I felt extremely out of place, especially when the other students made fun of me. I am thankful that my parents constantly reminded me that I had something to be proud of, so that I was not put off from wanting to embrace my identity. To this day, I still wear my Kurdish dress or a Kurdish maksi proudly out in public. I get some stares here and there, but people are usually more curious about my clothing. This curiosity is harmless enough, but it always leads to the question: “Where is Kurdistan?”

As I stated earlier, most of us have a go-to answer for this. My answer has changed as I have acquired more and more knowledge. It was only one year ago when I referred to my homeland as “Kurdistan, northern Iraq.” Yes, I referred to Kurdistan with an ignorant division-based approach. I admit to my past ignorance. I did not know any better. The cultural aspect of my Kurdish knowledge came from my parents and my knowledge of our history came from self-education. While my parents were in Kurdistan, they never had to pinpoint exactly where they lived to people that didn’t know they even existed.  For me, the “northern Iraq” answer was the easiest way to pinpoint where Kurdistan was on the world map. Of course I would let them know about the other three parts of Kurdistan, too. But can you see the problem with that description? The use of the word “parts” is a division based approach.

I certainly did not consciously perceive a difference between the so-called “parts” of Kurdistan, but this way of thinking nevertheless trickled down into my language. Language is an incredibly strong tool. My choice of words upheld a difference. It implied that I was Kurdish-Iraqi, instead of just Kurdish. But I knew better. I know that Iraq is a fabricated country. So why did I perpetuate this division? A professor once told me that the name “Iraq” originated from the Arabic word “to sweat” because of the region’s heat. Whether or not that is true, Iraq did not exist as a distinct country until the West decided to carve up the Middle East with their arbitrary borders.

In our history books, we often hear about the “sick man of Europe”—a phrase used to describe the dilapidated state of the Ottoman Empire post-World War I. The language of inferiority is often used to justify the political border-drawing that created the Middle East. Nationalism had swept through the Middle East, and the only concern of the European powers was to please themselves. The disarray that resulted from their political drawing did not concern them. This is where the question of “where is Kurdistan?” stems from. The 1920 document, the Treaty of Sèvres, proposed an inaccurate representation of Kurdistan. Then, what little hope the Kurdish nation had for justice was diminished with the Treaty of Lausanne, which brought the Turkish border right up against Iraq, leaving no room for Kurdistan. Our fate was decided not even a century ago, yet the illusion of these fabricated borders is very deeply ingrained in our minds.

When I was first introduced to the terms Bakur, Başur, Rojava and Rojhelat (north, south, west and east), I felt a portal in my brain widen. This language made a profound difference in how I envisioned Kurdistan. The illusion of the borders faded in my mind. I felt enlightened and wanted to share this with everyone and anyone that would listen. It was amazing. It truly was, because I now had language of unity. My friends from Rojhelat were not Kurdish Iranian. There is no such thing. No such thing as a Kurdish Turk or a Kurdish Syrian. Language is a powerful tool. Now that I had the words of unity, how could I change the language of my rehearsed speech to the answer the question?

I wanted to represent my Kurdistan with the language of unity. Not the use of the word “parts,” but to use the power of language to represent unity. It is almost like it came to me in a dream, an epiphany so obvious, I was not the first to come to it. Occupied! Yes, my homeland is occupied by four different countries. See the difference in the language? One people imposed by four different entities. Four different knives create a partition and we continue to enable it with our habitual uses of language.

Think back to your childhood, to the first time your Kurdish identity was questioned.
If you cannot remember, hopefully my little brother’s story evoked some emotions in you. Now think about your rehearsed answer. Does it entail a division-based approach, or does it use the language of unity? Do you refer to yourself as Kurdish-(insert country here)? Or are you one of the few that use the language of unity? If you are, please remember to not belittle other Kurds who still use those terms, as I was one of them just a year ago. Instead, take that minute and educate them about how their language affects their perception of the world around them. 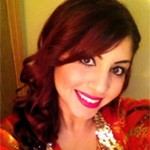 Nissy Koye, a teacher in Canada, has passion in bringing justice to marginalized groups by educating through multiple perspectives while creating relevance and making connections to current events. – “The fire that I breathe is to hide the pain that exerts from being robbed; from being ripped away from my home; the home I call Kurdistan”[/wc_testimonial]/author]